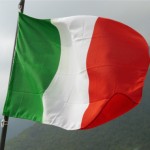 The RIIAHF Inc. D/B/A Rhode Island Italian American Hall of fame is a nonprofit organization which honors prominent and accomplished individuals who have succeeded at the highest of levels in their respective fields.

The organization on an annual basis awards scholarships on academic merit, athletic achievements, extra circular involvement, community service and financial need to individuals who are high school seniors entering the first year of college. The scholarships are awarded to students regardless of their race, color or creed.

STEVE D’ANTUONO, Treasurer
sdan60@gmail.com
Steve D’Antuono is a lifelong Rhode Islander and second generation Italian-American whose grandparents were born in the Province of Caserta in the Italian region Campania. The Pisaturo / Ventriglia families settled in Silver Lake and were very involved in the formation of St. Bartholomew’s church and parish. Steve recently celebrated 40 years of service for the US Postal Service, 23 years of which working at the Providence turnkey Post Office. He transferred to the US Federal Government in 2005 and now conducts audits on the Postal Service. A graduate of Classical High School and Providence College (GO FRIARS), Steve and his wife Maribeth have two children and one granddaughter and are proud to say that all of us still follow and maintain the true Italian family traditions passed down from previous generations.

JOHN DELUCA
dvc@davincicenter.necoxmail.com
John DeLuca is co-founder of the Da Vinci Center and its Executive Director of the 45 year old social service agency which serves more than 5,000 needy persons per year. He is honorably discharged from the United States Marine Corps where he served as Infantry Squad Leader in the early 1960’s. John has a BA from R.I. College and a M.A in psychology from Humboldt University of California

MICHAEL INTEGLIA, JR.
minteglia2@integliaco.com
Michael Integlia, Jr, is the President of Michael Integlia & Company a regional Real Estate Development and Construction Company. His Company’s operations extend into southern Florida. During the past 15 years the Company has focused on building for its own account and have completed over 1.5 million SF of commercial buildings. Michael manages the business operations which include architecture, engineering, construction, development and property management. The Company has received much recognition as a single source of responsibility for all development needs.

PETER PALMISCIANO, JR.
peterppalm@gmail.com
Peter Palmisciano, grew up in R.I. He attended LaSalle Academy and graduated from the University of Rhode Island. He was the President and CEO of Precision Source, Inc.,-Senior Vice President of Manufacturing at Alex and Ani. Presently he is a business consultant with his own firm, Peter Palmisciano & Associates. Peter resides in Cranston, R.I.

EDWARD PASCARELLA
epascarella@rwu.edu
Edward Pascarella has served as the Scholarship Chairman for The Rhode Island Italian American Hall of Fame since the organization was founded 30 years ago. In Ed’s 44 year career in education, he has served as an educator, coach, administrator and currently serves as a program director at Roger Williams University. He is proud to be part of this unique organization dedicated to the educational enhancement of deserving Rhode Island students.

VINCENT F. RAGOSTA, JR., ESQ.
v.ragosta@vfr-law.com
Vin is a labor and employment attorney and principal of his Providence-based firm. He’s devoted over four decades representing public and private sector employers.  He prosecutes police misconduct cases for the Rhode Island State Police and many municipal departments.  Vin is Rhode Island’s appointee to the American Arbitration Association’s National Labor/Management Council, a gubernatorial appointee to the Rhode Island Commission on Judicial Tenure and Discipline, and a former chair of the Town of East Greenwich Personnel Board for nearly two decades. In 2021 he was honored as a Rhode Island Lawyers Weekly, Excellence in the Law, Hall of Fame inductee.  A graduate of Classical High School, Boston College and Gonzaga University School of Law, Vin and his wife, Mimi reside in East Greenwich

JOSEPH ROCCO
joerocco@comcast.net
Joseph Rocco is the President of RocJo Productions, a television and video production company company that also specializes in event coordination. Mr. Rocco is a three time New England Emmy Award nominee and two time winner. He is a former television sportscaster who worked for top rated NBC 10 in Providence from 1985 to 1997. Joe is a graduate of Emerson College in Boston, where he returned in the 90’s to teach a sports reporting course. He is a proud charter member and President of the Rhode Island Italian American Hall of Fame. Joe is married to the beautiful Diane Altruda.

ROBERT RODIO
rrodio@rodiorealty.com
Born on October 8 1952 to Julio and Edna Rodio. Both of Robert’s grandparents where born in Italy. After attending the University of Miami and the University of Northern Colorado, Robert entered the jewelry industry as a manufacturer. as president of Golden Wheel Creations from 1975 to 1987. From 1987 to the present day, Robert is the founder and president of R.RODIO DEVELOPMENT,INC.

ANGELO S. ROTELLA
asr225@aol.com
Angelo S. Rotella was born and raised in Rhode Island. His grandparents were born in the province of Calabria in southern Italy. Angelo is a licensed nursing home administrator and received a law degree from the University of Massachusetts, School of Law, and his Undergraduate degree from Bryant University. He has served as a member of numerous public and private boards and commissions, and is proud to be a director of the Rhode Island Italian American Hall of Fame.

THOMAS A. TARRO III, ESQ.
ttarro3rd@tarromarotti.com
Thomas A. Tarro III, Esq. is an Attorney who has practiced law in the State of Rhode Island since 1978. He has served as a Board of Director member and Officer on several nonprofit organizations over the past 40 years. He has actively support charitable organizations and contributed to the needs of less fortunate individuals throughout his life.